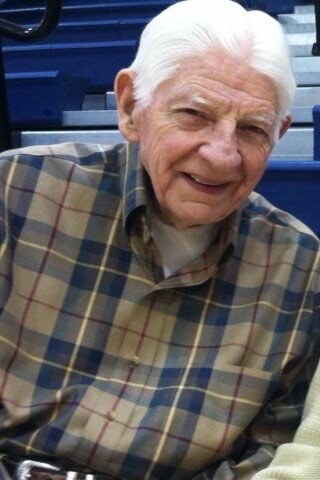 Please share a memory of Byron to include in a keepsake book for family and friends.
View Tribute Book

Horace was born in Dallas, TX on January 2nd, 1932, to his parents Grace Delaney (Cherry) and Byron Worth Thomas. He married Anne Gilmore in November 1951. They celebrated 66 years of marriage. Horace worked in the printing sales industry for many years. He also managed the Jim Smith Mobil service station and was a relief manager for Public Storage. Horace retired in 1997.

Horace was a veteran of the United States Air Force and served during the Korean War.

Horace was a member of the 1st Church of Christ, Scientist in Richardson, TX.

Horace is survived by his son and daughter-in-law Greg and Lori Thomas of Weatherford, TX; his daughter and son-in-law Deborah and David McDonough of Plano, Tx; and grandchildren Brandon and Emily Thomas, and Mitchell and Mikayla McDonough.