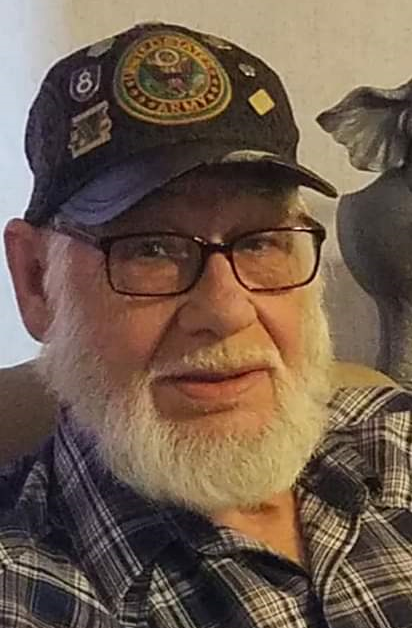 Please share a memory of Elmer to include in a keepsake book for family and friends.
View Tribute Book

Elmer “Les” Leslie Dane, 85, of Fort Worth, Tx formerly of Rockford, IL joined his heavenly family on December 5, 2022 in his home. He born was in Parnell, KY on June 18, 1937 “No matter what Uncle I.B. said about being born in a log cabin”, the youngest child of the late Nancy (Grigsby) and Leo Dane, He eventually found himself in Illinois where he met his former wife, Kay (Jacobs) in 1960 while working at Slick Electro. He joined the US Army in 1960 and served Active duty for 2 years in Germany and served the rest of his time in the Inactive Reserves until 1966 as an Infantryman earning a Good Conduct Medal and Honorable Discharge. Les and Kay were married in 1962 following his active service until 1984.

Les retired from TAN Books & Publishers in Rockford and eventually moved to Oklahoma to be closer to his sister and brothers before their passing. As his health began to fail, he moved to Fort Worth, Texas.

Whatever he did, he gave it 200%. He was extremely proud and fortunate to be a friend of Bill W for over 37 years. In that time, he touched the lives of countless people through fellowship, sponsorship, friendship, mentoring and more. The family-friends who call him “Uncle Les” from the Alano Club in Rockford to Evans Avenue in Chicago and beyond already knew this.

He was an avid outdoorsman, loved camping, hunting, fishing, rafting, playing games and traveling to see his family and extended family. He was blessed to be able to do so independently until the very end of his days.

Predeceased in death by his parents, brothers Floyd (Lily), I.B. (Shirlee), Will (Diane), sisters Mary (Roy) Wesley, and Loretta (Gene) Scott, as well as many nieces and nephews gone too soon.

Our hearts especially ache for the loss. Not only because of his death, but because of the life that he lived. His body gave out, but his memory will last for many years to come.

In lieu of flowers a memorial has been started at givesendgo.com/UncleLesD to help with uncovered expenses.

Visitation is Saturday, December 17th from 3-5 p.m. at Martin Thompson & Son Funeral Home, 6009 Wedgwood Drive, Fort Worth, TX 76133. Memories, food and beverages will be offered in the community room at the Fairview.