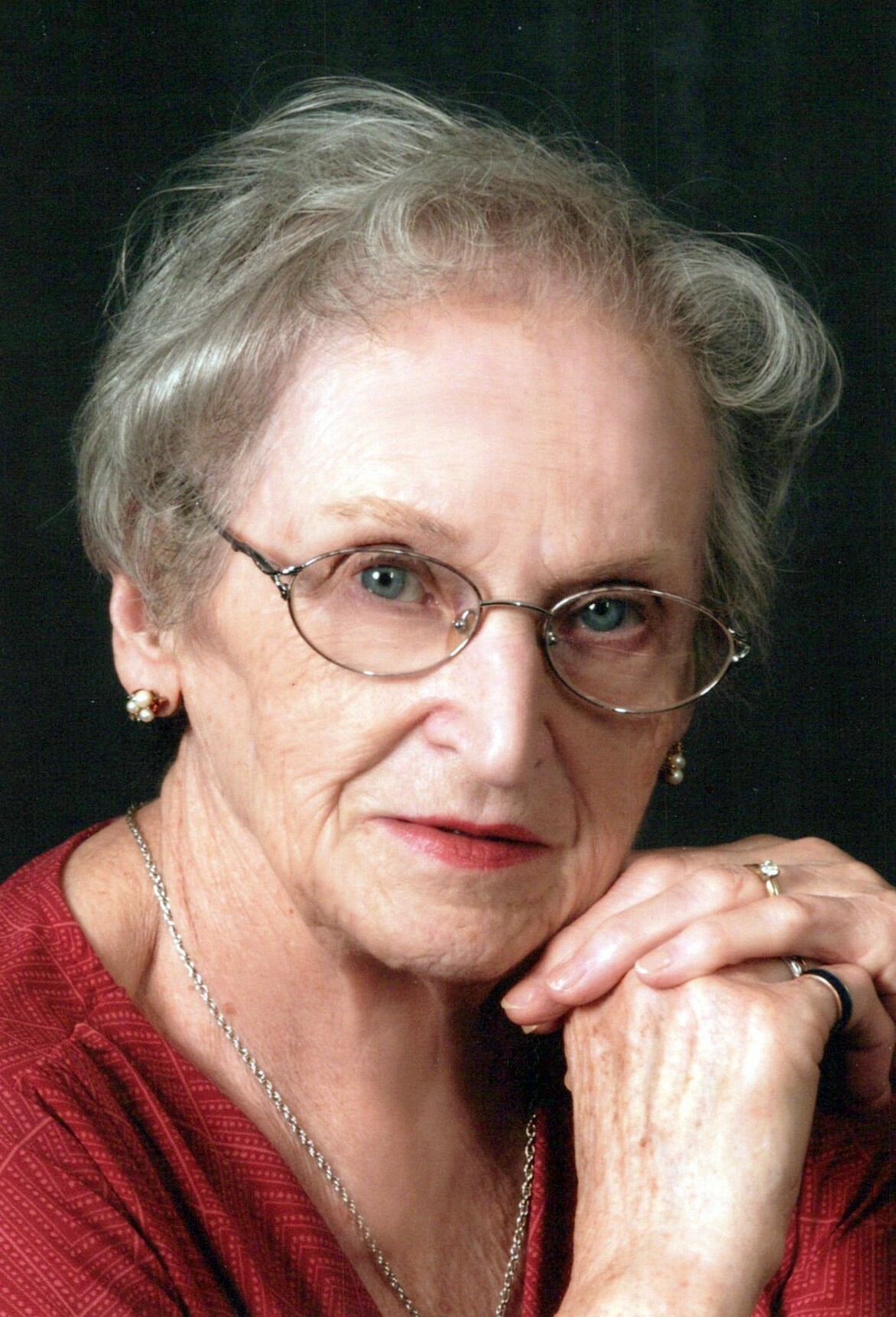 Please share a memory of Beatrice to include in a keepsake book for family and friends.
View Tribute Book

Beatrice “Betty” Larraine Naughton of Fort Worth, Texas was born July 1, 1931 in Easton, just outside of St. Joseph, Missouri to Frank and Julia (Pulaski) Renner, the middle of three daughters between her older sister Dorothy and her younger sister Mary.

Betty, Mom, Grandma, or Beatrice (as addressed by telemarketers and those that did not know her as well), passed away after a short illness and hospital stay on Friday, August 26, 2022 at the age of 91.

Betty grew up in Kansas City and graduated from Redemptorist Catholic high school, where she met William “Bill” Naughton.  They were married 65 years, before Bill’s passing February 2020.  Betty and Bill wed at Visitation Catholic church in 1954 and welcomed in a quick eleven year succession, eight children, Margaret (Peggy), Susan, Daniel, Sarah, Amy, Patrick and twins Matthew and Elizabeth (Beth).  The family of ten filled an entire church pew every Sunday morning and always attended Christmas midnight mass service each year.  In her later years when it got too hard to attend service in person, Betty continued by watching Sunday morning mass on TV.

The Naughton family moved from Kansas City to Fort Worth’s Wedgwood neighborhood in 1971 and were members of St. Bartholomew and St. Andrews parishes.  When Betty and Bill retired, they moved to St. Francis village retirement community in Crowley.  Always a volunteer for either her children’s schools or their sports teams, Betty continued to be active volunteering on the St. Francis fall festival and bereavement committees and enjoyed quilting and bingo activities.

As mother to eight children, she was an incredibly multi-talented woman whose superpower was to always find time to make everyone feel special, especially on holidays and birthdays.  Whether it was her dressing up for Halloween, making custom costumes for the kids, crafting confetti eggs for Easter, celebrating Thanksgiving with the family, nothing brought Betty more joy than family tradition and knowing her children were happy and safe. If anyone had news, good or bad, they called her first, as she acted as a pre-internet version of social media for the family, spreading the news to others via the landline.  If someone was traveling, you better call her when you got there, as she wanted to know you arrived safely.  She treasured putting together an annual newsletter and sharing stories with the family.  Betty prepared a special dessert for each of child on their birthday and was an incredibly versatile cook.  In addition to all the hats she wore as seamstress, cook, grocery shopper, family chauffeur, alarm clock, and teaching each child to drive both a standard and a stick-shift, Betty also worked, as a radiology technician in Kansas City and at Sanger Harris department store at Hulen mall and Tandy’s A&A International in downtown Fort Worth until she retired.  She instilled work ethic in her children and each has a story about the first job they applied for, at their mother’s insistence, whether it was a position as a hospital volunteer or a fry cook at Pancho’s Mexican Buffet or McDonald’s on Altamesa.

Betty was not a woman of many words, but when she did say something, she had razor sharp wit and amazing sense of humor.  She loved pets (cats, dogs and birds), reading (books and newspapers), trips to the library, bowling, quilting, cake decorating, sewing, travel, spending time with the family, trying new recipes, holiday celebrations, her daily crossword puzzle, and watching her many regular shows on TV.  Her favorite was The Days of Our Lives. While in the hospital, she got the staff to rearrange her physical therapy time to be after DOOL, so she would not miss it.  “Like sand through an hourglass, so are the days of our lives” was not only the introduction on the show, it was how Betty spent each day, each grain of sand as an activity, working hard and living life to the fullest.

Betty was a giving, caring, selfless mother who cherished her family dearly and will be missed by all that knew her.  She was preceded in death by her husband, Bill; her sister, Dorothy; and her parents.

Special thanks to Matthew and Laurence who moved Betty into their home for the past 18 months, filling her days with the ability to sleep in, watch her shows, and have cocktails on the lanai.  They and other family members rotated family celebrations and holidays and will honor her memory by continuing to be the close knit group that they are.  Additional special appreciation to Beth and Wayne for making the last sands of her hourglass the way she wanted, at home surrounded by loving family.