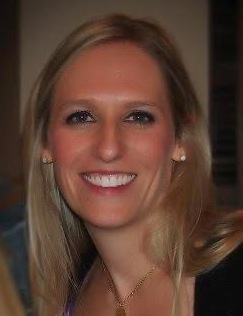 Please share a memory of Shannon to include in a keepsake book for family and friends.
View Tribute Book

Shannon Elizabeth Etter Thompson of Fort Worth, a Nurse, loving mother, daughter, sister, and aunt was called to Heaven from the comfort of her home on August 25, 2022.  She was courageous in her long fight with cancer, but peaceful in her departure being surrounded by her family.

Shannon was born in Honolulu, Hawaii on October 6, 1981, to her parents, Julie and Jeff Etter. She was a guiding influence and loving sister to Erin.  Shannon graduated from Red Oak High School in 2000 after playing volleyball, culminating in a trip to the State Championship tournament. Her pursuit of a nursing career began with her graduation from Texas A&M University, Class of 2004 with a Biology degree and was later completed with a B.S.N from Midwestern State University in 2008.

Shannon was a caring soul, mentor, and true friend to many.  She was passionate about Nursing with particular attention to the care of mothers and babies. Her entire nursing career was spent at John Peter Smith Hospital helping new mothers and their babies in the Women’s, Infants and Children division at JPS. She was also an integral part in the success of the Post-Partum Department at JPS by providing leadership to both, the Lactation Services Department and JPS’ 2 North Department. She was recognized by JPS during her tenure with individual and leadership awards, the Golden Stethoscope, the 1st JPS recipient of the international DAISY Award in 2014 and Nurse Manager of the Year in 2020.  She “showed up” until the end and was proud of being part of the JPS family.

Shannon was so proud of her children, Reid and Brielle, and the “bonus” family she added later with Colt Hatcher and his children, Jaxon and Haven.  They and her parents, Julie and Jeff, sister Erin Barnett, brother-in-law Preston and nephew Carter will miss her infectious smile and loving, caring touch.

She is survived by grandparents on both sides of her family, numerous aunts, uncles and cousins, and Reid and Brielle’s father, Chase Thompson, along with many, many lifelong friends.

Though her life with us was way too short, Her Courage and Strength in meeting Life’s challenges will long be remembered…………….