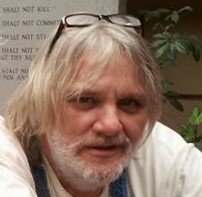 Stephen was born on July 11, 1962, in Pisa, Italy, the youngest of six children born to George and Dorothy Boyd. He was an Army brat who lived in Italy and Missouri before settling in Hurst, Texas where he attended L.D. Bell High School.

His favorite past times included going to the casino and playing bingo. He enjoyed spending time with family and friends and loved to cook. Quite often you could find him making his specialties, a big pot of chili or chicken fried steak with soft-fried potatoes smothered in gravy.

Stephen had the biggest heart and helped many of his friends who visited him often. Now he is home with the Lord, no more pain and his battle is over. Although we will miss him beyond words, we know he is in a far better place.