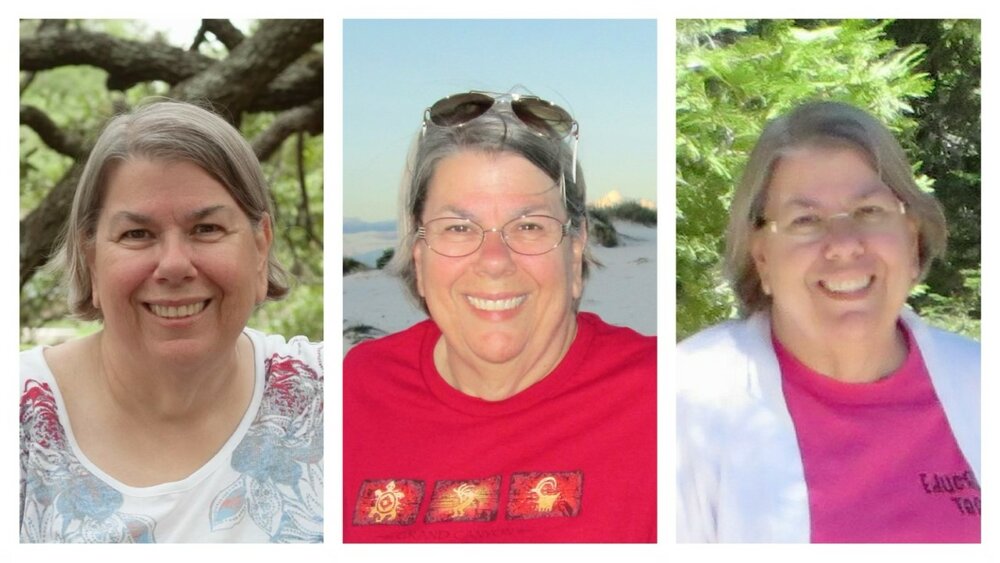 Please share a memory of Damaris to include in a keepsake book for family and friends.
View Tribute Book

Damaris Elizabeth (Bertram) Kohlrust age 73, of Weatherford, TX passed away peacefully July 12, 2022. She was born on August 3, 1948, in Oakland, California to her parents, Arthur Eugene and Rosanna Damaris Bertram.

As a child, Damaris, along with her older sister and younger brother lived in several places including San Jose, California, Kingsville, Texas, and Honolulu, Hawaii, following their father’s Naval service.  In California, Damaris was dedicated to volunteering with the Girl Scouts of America, where she met her friend of over 60 years, Janet Gillette, and also served as a camp counselor for much of her young adulthood.  She graduated from San Jose State University before marrying Russell Eugene Kohlrust on November 19, 1971.  Damaris became the mother of three daughters and was active in their activities including serving as Girl Scout Troop Leader and Sunday School teacher. She was a devoted member of First Congregational Church in San Jose, California serving selflessly in their women’s and children’s ministries.  Damaris was very creative and loved expressing this through crafting including decorating cakes, sewing, pottery, and creating various items to use in her classrooms.  In 1989, Damaris and her daughters moved to Weatherford, Texas and where she continued working as a Child Care Teacher, Director, and Master Teacher for Child Care Associates for over 20 years.  After retiring, she was able to focus her time on her seven grandchildren whom she loved wholeheartedly.
Damaris will be deeply missed and lovingly remembered as a dedicated and caring mother by her daughters, Alyssa Scholes and husband, Minh, of Campbell, CA; Stacy Moore of Tomball, TX; and Taryn Kohlrust of Weatherford, TX; her sister, Lydia Bertram of Weatherford, TX, and her brother Arthur Bertram of San Jose, CA; her grandchildren, Afton, Aidan, and Acen Scholes of Campbell, CA, Ashlyn Scholes of College Station, TX, Elizabeth and Julia Moore of Tomball, TX, and Joshua Kohlrust-Howe of Weatherford, TX.

A memorial service will be held for family and friends at a later date amongst the Redwoods in Northern California.
In lieu of flowers, the family request that memorials be made in her name to the United Way or the Girl Scouts of America.