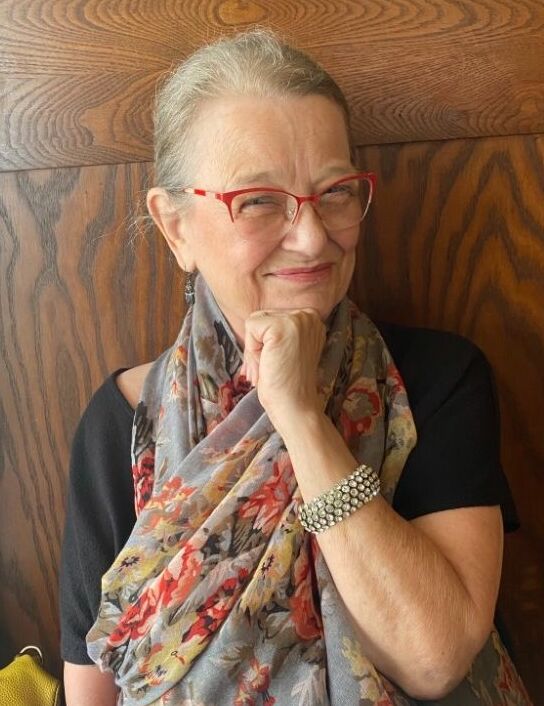 Please share a memory of Monica to include in a keepsake book for family and friends.
View Tribute Book

Monica Lyn McHam passed away from ALS at the age of 66 in her home in Weatherford, TX on July 11, 2022. The daughter of Betty and Arthur Morris, she was born in Cincinnati, OH on October 4, 1955. She was preceded in death by her parents and her younger brother, Barry Morris. She is survived by her loving husband Robert (Mick) McHam, two sisters, Andrena Paladini and Patti Ann Hill, and three brothers, Stuart, Gerald and Brian Morris.

Inspired by a public school teacher to see the world, Monica joined the Army at 19 and was stationed in Germany for seven years. She visited most of Europe and several countries in Africa. Her job as an air traffic controller at a helicopter base led to an interest in sky-diving which she indulged in for a few years.

As intelligent and academically strong as she was, what really defined Monica was her big heart. She went out of her way to help others either directly, or in some cases, indirectly by championing their causes. One example of this was her volunteer work for a program called Reading for the Blind where she used that clear, distinctive voice of hers to read and record newspaper articles, magazines, and books for the benefit of the visually impaired. The urge to do this was inspired by a blind student she befriended in college.

There are numerous other examples of her charitable endeavors such as religiously giving blood and platelets to the Red Cross and doing pro-bono legal work for Houston Volunteer Lawyers. During the early months of Covid, she and the wonderful ladies of the Parker County Women’s and Newcomers’ Club made cloth faces masks for first responders.

She had a warm personality that when combined with her beautiful, honest smile attracted everyone. She never met a stranger and always went out of her way to connect with people whether they were store clerks, waitresses, or just folks in the grocery store checkout line. Many times she made a point of talking to bus boys who she often complimented and thanked to make them feel appreciated and needed.

A voracious reader from an early age, she developed a passion for learning that never left her. An outgrowth of this was her love of history which eventually led her to become a docent at the Houston Museum of Natural Science. With her outgoing personality and interest in all things, she was a natural. Whenever possible, she used her sewing skills to make well researched, period costumes to wear for each exhibit.

Monica was a bubbly, genuinely happy, and positive person. She was all this despite chronic medical conditions that she suffered with for the better part of her life.

The world will be an emptier place without her bright shining smile and warm heart but the good memories she left with those who knew her will keep her memory alive for a long time to come.

In lieu of flowers, the family requests that you please consider a donation to the ALS Association: