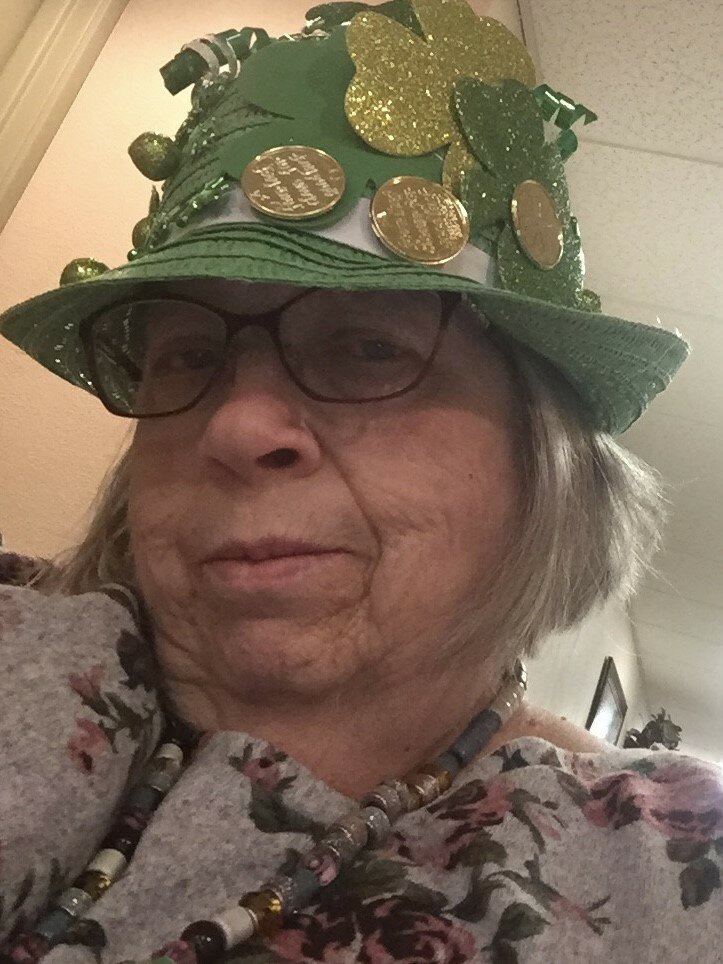 Please share a memory of Jerrie to include in a keepsake book for family and friends.
View Tribute Book

OLIVER, Jerrie Linda (Ball), age 82, died Thursday, May 19, 2022, at Community Hospice House in Fort Worth, Texas, with her son and daughter holding her hands and her grandson’s music guiding her way. She was called Mom, Bama, or Bama the Great by nearly everyone who knew her.

Jerrie Linda Ball was born February 3, 1940, to Hubert Thomas Ball, Sr., and Freida Faye Ball (Knudson) in Albuquerque, NM, where she graduated from Highland High School (‘58) and the University of New Mexico with a bachelor’s degree in elementary education (‘62). She married Garry LeRoy Oliver in 1959, and they lived in New Mexico, Kentucky and Colorado as ministers in various Southern and American Baptist churches and as Baptist Student Union directors on several university campuses. After they divorced in 1979, she continued working as a medical assistant and instructor and eventual director of a medical and dental assisting school in Dallas, Texas. She worked as a travel agent from about 1990 until the events of September 11, 2001, closed her business and she retired.

In her remaining years, she lived mostly with her daughter or son, helping to raise her grandchildren. In her final year of life, she was able to enjoy her own senior living apartment, which she decorated with a multitude of creative crafts and artwork.

Jerrie was a huge fan of her children's, grandchildren’s and great-grandchildren’s artistic dreams. She inspired us to become writers, painters, musicians, actors, comedians, magicians, ventriloquists, singers, dancers, bakers, farmers, gardeners, beer and whiskey makers, and inventors, but she didn't let us gripe for long when we had to support ourselves in other ways.  As an accomplished artist and writer herself, there was always music to be heard or played when she was around. She played the piano along the way to make sure the songs kept going everywhere we kids went, and could pull out her mean mother dance when uncalled for and inappropriate.

Although she was raised surrounded by prejudice and racism, she steered her kids in a different direction by modeling how to love all people, regardless of age, race, gender, or sexual orientation, speaking up around those who didn't and advocating for those who couldn’t. She lived a lifetime of being called overweight—or worse—but she ignored mean words and enjoyed food to the fullest, knowing both fine cuisine and fast foods were pleasures that made life sweeter from the beginning until the end.

Being a minister’s wife didn't stop Jerrie from preaching in her own ways. She led congregants from an equal position beside her husband, often by playing a life-changing hymn on the piano. Years later she organized her fellow nursing home residents into a committee for addressing concerns when the administration didn't treat them justly—especially when they tried to serve bland or inedible food.

She might have grown up in New Mexico,  but you'd have sworn she was a Hollywood diva. She even looked like Shirley Temple when she was young. She loved movies in a way that made watching the Academy Awards her own personal Super Bowl, and then watched the Super Bowl as if the right win depended on her presence. She thrived on all-night monopoly games during Jerry Lewis Telethons, ghost hunting in old Monterey, CA, working 1000-piece puzzles on New Year's Eve, watching the Olympics, reading thousands of novels on paper and her electronic tablet, binging multi-season crime shows in a week and completing elaborate jewelry projects while listening to her favorite music—her son’s, grandsons’ and great-grandsons’ recordings.

Jerrie was usually the life of the party and always your biggest fan. She will be terribly missed by her family, friends and the family pets, who waited patiently by her side for accidentally-on-purpose dropped fries.

Her immediate family celebrated her life privately by eating good food and listening to music, and her ashes will be scattered in many of her favorite locales.

Donations in her memory may be made to the American Diabetes Foundation or any nonprofit of your choice.