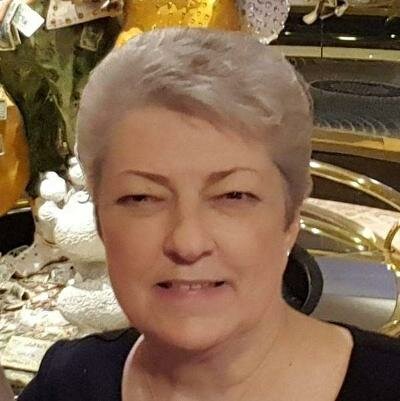 Please share a memory of Juanita to include in a keepsake book for family and friends.
View Tribute Book

She was born on March 22, 1949, in Brooksville, Florida, to Thomas Estol “Gus” Hall and Vivian Rooks Hall.

Juanita was raised in Inverness, Florida and graduated from Citrus High School in 1967.

After high school she married Thomas Wickline and the two settled in to married life. Tom’s military career took them to Landstuhl Air Force Base in West Germany where Juanita gave birth to Juanita Kathryn Wickline in 1972 and Jennifer Marie Wickline in 1975. Juanita and Thomas divorced in 1979.

In 1980 Juanita Married Frederick Russell Lynch, they settled in Southwest Fort Worth and were married until his passing in 2007.

Juanita worked at Goldthwaite of Texas where she was a bookkeeper for many years until she retired.

Juanita enjoyed cruising, traveling with family, and any holiday spent with family.

She was preceded in death by her parents, Thomas Estol (Gus) and Vivian Hall; sister, Melinda Hall Tardiff; and husband Frederick Russell Lynch.