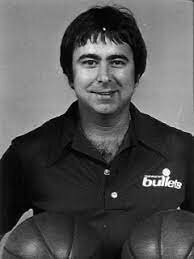 Services: There will be a Celebration of Life with family and friends to be scheduled at a later date.

Memorials: In lieu of flowers, the family asks that donations be made in John’s memory to the Boys & Girls Club of Greater Tarrant County.

John was born on August 24, 1943, in Fort Worth, TX to Elizabeth L. Creamer (Lally) and the late John G. Lally. He grew up in Ft. Worth, TX, graduated from Laneri High School, and attended TCU.  John had a very impressive and long-standing career in Minor League Baseball, the ABA and the NBA.  He was the Trainer for the Dallas Forth Worth Spurs, San Antonio Missions, Dallas Chaparrals, Memphis Sounds, and Baltimore Claws between 1965-1975.  He was the Head Athletic Trainer with the Washington Bullets from 1976 – 1994 and was a proud part of the NBA World Championship in 1978.  He was the Chairman for the National Basketball Trainers Association from 1991-1993, the Head Trainer with the Toronto Raptors 1995-1996 and worked in the front office for Washington Sports & Entertainment 1996-1999.