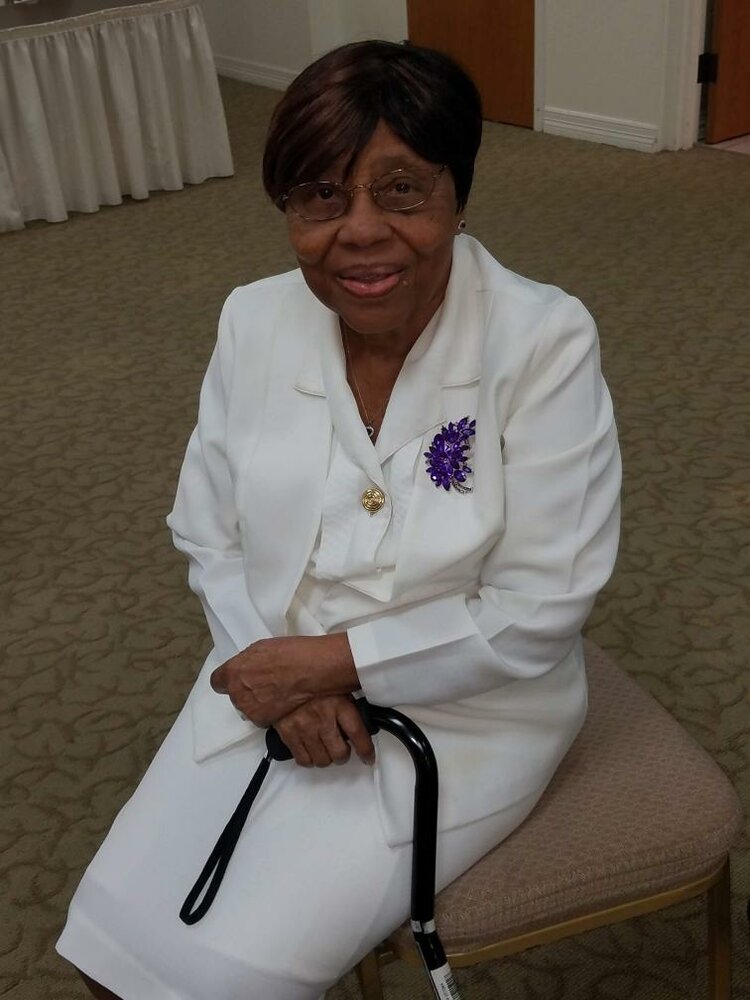 Please share a memory of Estella to include in a keepsake book for family and friends.
View Tribute Book

She attended Moab Community School where she graduated. She then confessed at an early age; Jesus Christ as her Lord & Savior at Mt. Nebo A.M.E. Church in Lexington, Texas in a little country town better known as Moab. She was also part of the inception committee that started the “Association of Moab Community.”

She later moved to Fort Worth, Texas and became a member of what is now the Historic Allen Chapel A.M.E. Church. She devoted herself to being a faithful member of the Allen Chapel Usher Board where she served until her health began to fail.

“For a day in the court is better than a thousand. I had rather be a doorkeeper in the house of my God, than to dwell in the tents of wickedness” -Psalm 84:10.

She also served as a member of Women Missionary Society at Allen Chapel Church and Daughters of Allen.

She met and married Bobby Lee Gaier, Sr. To their union eight children were born. She continued her education at Dunbar High School Adult Education where she learned to sew, macrame, and make pottery.

Proverbs 31:10 “Who can find a virtuous woman? For her price is far above rubies.”