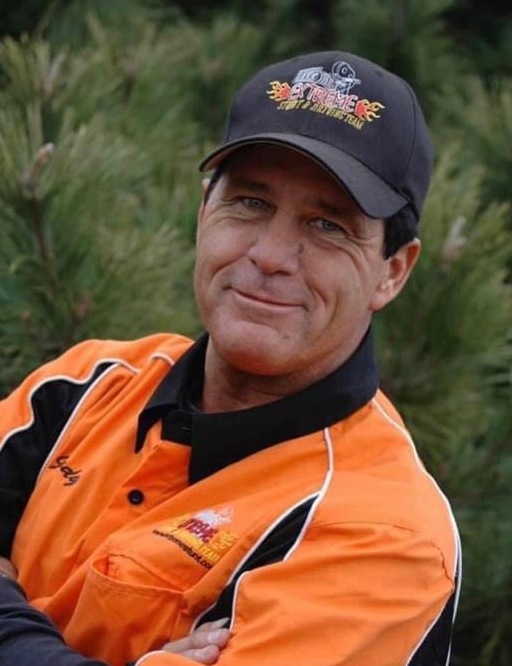 Please share a memory of Grady to include in a keepsake book for family and friends.
View Tribute Book

On Sunday, January 25th, the world suffered a loss it won’t soon recover from. Grady Allen Bishop was a beloved father, brother, uncle, entertainer, and most of all a friend.

It didn’t matter if you knew him all of five minutes, or five decades- you remembered him, and he certainly remembered you.

He is survived by his daughter Danielle, his sister Jayme Haney, and his brother James Jason Hundley.

His work in the film business brought him all over the country and even the world. He touched so many people just with conversation. This isn’t a loss we only feel at home, it’s everywhere.

Grady spent his early life in Texas, until the mid-90s when he moved to Florida. He then met the mother of his daughter, and continued to stay there until the mid 2010’s. Not soon after, the film industry brought him to Georgia, where he worked on so many amazing projects. But Georgia was short lived because you can’t tame a stallion. Grady began the process in 2019 of moving back to where everything made sense- Texas. While those are the places he called home, you could find him at any racetrack or movie set. That’s where he was really at home.

If you were lucky enough to meet him, then you really truly were lucky enough to know him. What you saw is what you got. He was a true cowboy, and his words were binding. His word was good as gold. We wish that our two-wheel driving, rodeo clown, horse drug, high falling, stunt man is finally at peace.