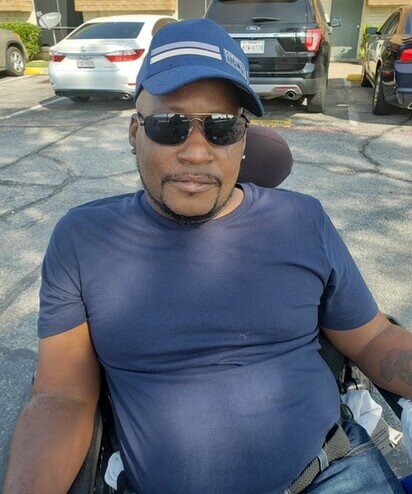 Please share a memory of Andrew to include in a keepsake book for family and friends.
View Tribute Book

Andrew Glen Null was born at St. Paul Hospital to the parents of Jacqueline Null and Andrew Null Senior on June 29, 1967. Andrew Glen Null married Ann Ugorji on December 20, 2016, within this union no children were born.

Andrew Glen Null enjoyed spending time with family and friends during all social gathering events while listening to music, dancing, playing cards and dominos for he could never be idle.  Andrew Glen Null was a friendly social butterfly flitting from person to person with his charismatic charm spirit. May he now rest in peace.