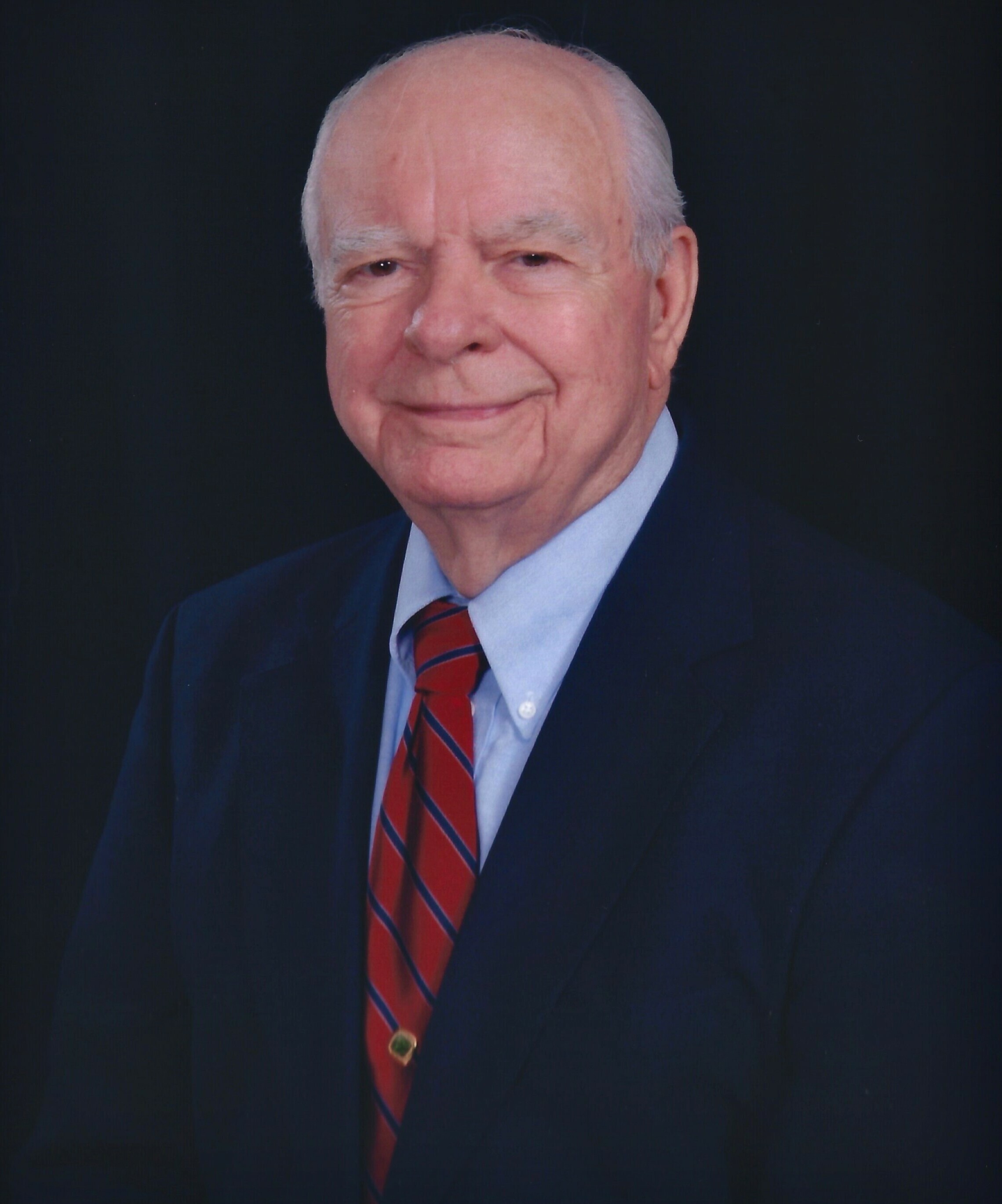 Please share a memory of James to include in a keepsake book for family and friends.
View Tribute Book

James Allen Potthoff of Fort Worth, Texas, passed away peacefully on December 12, 2021.  He was surrounded by family as he approached his rest and received into the arms of his Savior.

Jim was born on April 23, 1927, in Wichita Falls, Texas, to William and Ella Potthoff.  He grew up in Otto, Texas, a tiny farming town of giant personality, named for his great uncle. After US Naval service in WWII, he embarked on a career in printing and graphic arts, which he practiced into his 80s.  Jim met the love of his life, Virginia Curtis Amerine, in Waco where they were married on July 4, 1946.  Their joyous 74-year journey together, a source of profound joy and no small bragging rights, took them to Dallas, Los Angeles, Spokane, Rochester NY, Detroit, Baltimore, and then back to Texas where they also lived in Grand Prairie, Arlington, Abilene, San Angelo, and Fort Worth.  Wherever he lived, Jim and his beloved wife made a warm, loving, upright home for daughter Donna, sons Joe and Brad…and all who came to visit.

A faithful Christian all his life, Jim was an enthusiastic member of the many churches he and his family attended, including St. Peter Orthodox Church in his last years. His devoted service and legendary warmth attracted admiration from all.  One of Jim’s biggest joys for over 50 years was being “Poppy” to eight grandchildren and six great-grandchildren.  Life lessons, games, tales and lore, tricks, generosity, and love most of all enriched the lives of the youngest in his family beyond measure.  He counted himself no less privileged to live this life of golden moments.  Jim will be laid to rest in the historic Perry Methodist Cemetery in Perry, Texas, next to his wife and father and generations of his ancestors.

Jim is survived by his daughter Donna Latuszek, son Joe Potthoff and his wife Dawn, and son Brad Potthoff and his wife Eugenia. His grandchildren are Laura Moffett, Jill Latuszek, David Latuszek, Melanie Gamble, Melissa Clark, Mary Potthoff, and Matthias Potthoff. Great-grandchildren are Emily Moffett, Amaya and DeeDee Latuszek, Holly and Clara Gamble, and Jackson Clark. He is preceded in death by his brothers William and Roy Potthoff, sister Vernell Lee, and grandson Michael Latuszek. St. Peter Orthodox Church of Fort Worth is serving the rites for the faithful departed.

"Into Thy hands, O merciful Savior, we commend the soul of Thy servant, James, now departed from the body. Acknowledge, we humbly beseech Thee, a sheep of Thine own redeeming. Receive him into the arms of Thy mercy, into the blessed rest of everlasting peace, and into the glorious company of the Saints in light. Amen."