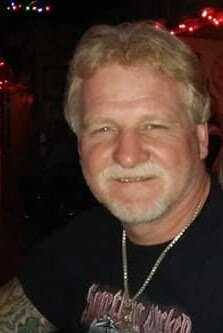 Please share a memory of Michael to include in a keepsake book for family and friends.
View Tribute Book

Michael was born in Dallas, Texas, and was the oldest son of the late Edward Lee Lyons and Lynda Charlotte Allen.

He was lucky enough to find his soulmate, Carolyn, who shared his passion for motorcycles and anything Harley Davidson. Michael was a true Dallas Cowboys fan, cheering on his team even through the rough seasons when others had lost faith. He was the type of man who loved his friends as if they were family and would give you the shirt of his back if you needed it. He was an amazing Uncle to his nieces and nephews and took on the role of stepfather like it was made for him.

He was one of a kind and he will be missed by all who had the privilege to know and love him.

Michael is preceded in death by his father, Edward Lee Lyons.