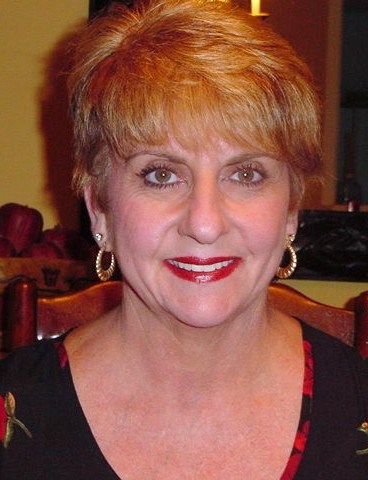 Please share a memory of Betsey to include in a keepsake book for family and friends.
View Tribute Book
Betsey was born March 21, 1949 in Yonkers, New York. She moved with her mother and sister to Los Angeles in 1950. She was raised and attended school in Beverly Hills, CA and attended Beverly Vista and Beverly Hills High School for two years. In 1964, she moved to Atwater, CA to live with Allan and Edith Good. She graduated from Atwater High in June 1966. She returned to Los Angeles to work for LA County. Betsey worked for the Los Angeles County District Attorney’s Office and Sheriff’s Department – Homicide Bureau from 1967 until 1978 when she moved to Ft. Worth, Texas with her husband, David Olson. They both worked for General Dynamics, Fort Worth Division. Their son, Daniel Allan Olson, was born in November of 1983. In 1986 the family moved to Marietta, Georgia where their daughter, Rachel Leah Olson was born in 1987. In 1988, the family returned to Fort Worth. Betsey became a real estate agent for Wm. Rigg Realtors in 1995. Coming from a real estate family, Betsey loved selling real estate and the art of the deal. She was a multi-million-dollar producer for over 5 years with Wm. Rigg until 1999 when she returned to college and became a paralegal, performing temporary assignments with various law firms in the Dallas/Fort Worth area. In 2003, Betsey began work with the Gordon & Sykes law firm where she remained until her retirement in 2011. Betsey was loved by her friends for her larger-than-life personality, intellect, wisdom and sense of humor. Her family was her life and she was fiercely protective of them. No one was a stranger to her and her home was open to everyone, especially during her children’s high school years when her home was always open and the gathering place for scores of teenage Trinity Valley School friends. She was a woman who gave all she had to give to everyone around her, whether family, friends, or strangers. We take comfort in knowing that she is now, at last, at peace. She leaves her family; her children Daniel Allan Olson and his wife Elizabeth Olson, her grandchildren Blakely Elizabeth and Noah Daniel Olson and Rachel Leah Olson. She was preceded in death by her mother, Marcia Appelbaum and her sister, Barbara Siterlet. May her memory be a blessing.
Print
Thursday
19
August