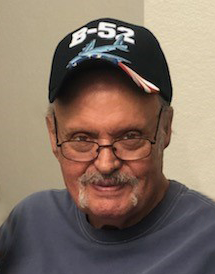 Please share a memory of John to include in a keepsake book for family and friends.
View Tribute Book
John Richard “Big John" “Pawpaw" Rood, 77, of Burleson, TX passed away on July 31st, 2021. Memorial service will be held at 10401 FM 1902, Crowley, TX 76036 on Friday, August 6th, at 11am. Pastor Gary Burkins of The Uprising church will be officiating. John Richard Rood was born on August 12th, 1942, in Nashua, New Hampshire to Gordon Richard and Lillian May Rood. John moved to Texas in the early 1960s. He served in the United States Air Force for 4 years, where he was a mechanic on the B-52 Bomber, the longest serving aircraft in US Air Force history. After the Air Force John also served in the National Guard for 2 years. John was an intelligent and talented man. Everything he did he did well, and he credited the Lord for his life and abilities. His giftings led him to many careers over the span of his life, but the one he enjoyed the most was driving. From motorcycles to huge dump trucks, he could handle it all. He drove semi-trucks across the nation from 1988 until his retirement. This was a job that he shared with his wife, Ruth, and it allowed them to explore much of the United States together. He really enjoyed driving the Caterpillar 773 in the gold mines in Deadwood, South Dakota. You had to climb a ladder 13 feet off the ground to get into the cab. If he was going to drive a dump truck it was going to be one of biggest, in true Big John fashion. In his early years, John liked to fish and he won several tournaments. He was also an expert marksman and won several shooting championships. John enjoyed watching sports as well, with NASCAR being at the top of the list. Driver Mark Martin #6 was his all-time favorite and driver Chase Elliott #9 was his favorite current driver. On a less professional level, Pawpaw greatly enjoyed accompanying his spirited wife to sit in the stands and cheer on his great-grandchildren at many of their sporting events. Beginning in his youth, John enjoyed working with his hands building and fixing things. For example, he built a car engine on the kitchen table with his father when he was 13 years old. He was proud to build custom toy boxes for his two great-grandsons and a toy kitchen for his great-granddaughter. John liked to watch movies; he often went to the theater to see the latest and greatest with a bucket of popcorn and a bag of peanut m&ms. Sometimes he smuggled in some dark chocolate too. His all-time favorite film was Alien. John’s favorite author was Louis L ‘Amour; he had the entire collection of his books in paperback and read them all a time or two. “Flint” being one of his favorites - he must have read it 10 times or more. John had unique sayings, “Pawpaw-isms” if you will. ‘Who are you again?’ or ‘What’s your name again?’, ‘I’m not trying to tell you what to do but’, and the particular stand out ‘People don’t realize’ or ‘Most people don’t know’ followed by some sort of fact or opinion that most people truly didn’t know. What Pawpaw didn't realize was how deeply he was loved and how much he will be missed. John is survived by his wife Ruth Ann, children Greg, Sherri, and Chris, his brothers Eddie and Doug, his grandchildren Aprel and husband Dallas, Tyrel and wife Kara, and his great-grandchildren Jaxen, Ezra, Tynleigh, and Jack. He is preceded in death by his father and mother Richard and Lillian, daughter Melissa, and son Jeff. John loved his family and loved the Lord. A favorite verse was Genesis 5:24 and Enoch walked with God: and he was not; for God took him. John thought it was neat that Enoch was so favored that God just took him up to heaven. We know he is rejoicing with those that went before him, and we will one day walk (maybe even drive) those streets of gold with him.
Print
Friday
6
August