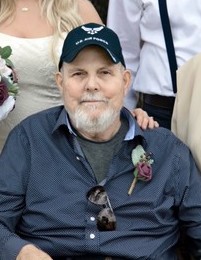 Donald "Ray" Bryan of Hurst, Texas went to be with the Lord on the afternoon of Thursday, November 14th after battling a brain tumor for a year and a half. He is now completely healed and in the presence of our Lord.

Ray was born in Dallas, Texas on July 28, 1942. He grew up in Ft. Worth and graduated from Paschal High School and Texas Wesleyan University. He went on to join the National Guard. He met and married Karen Ibsen in 1971.  They had their first child in 1972, a daughter, Kirsten. Eight years later they welcomed a boy, John Mark. Later in life, he enlisted in the Air Force Reserves, where he retired in 1993. His entire career was spent at Bell Helicopter working in timekeeping and tool design. Ray made many friends throughout his years through his church, First Baptist Colleyville, his bicycling group, and ballroom dancing. He had several dogs over the years, his most recent one, Abbie, a miniature Schnauzer who now lives with his daughter. Ray enjoyed Sonic breakfast burritos and a large unsweet tea. While he was a type 2 Diabetic, it did not deter him from enjoying things like banana pudding and pie. Ray had a hearty laugh and a big smile to share with everyone. He was kind, generous, thoughtful, but most of all loving.

Should you feel led to make a donation in his honor please consider your local animal shelter or The Salvation Army.