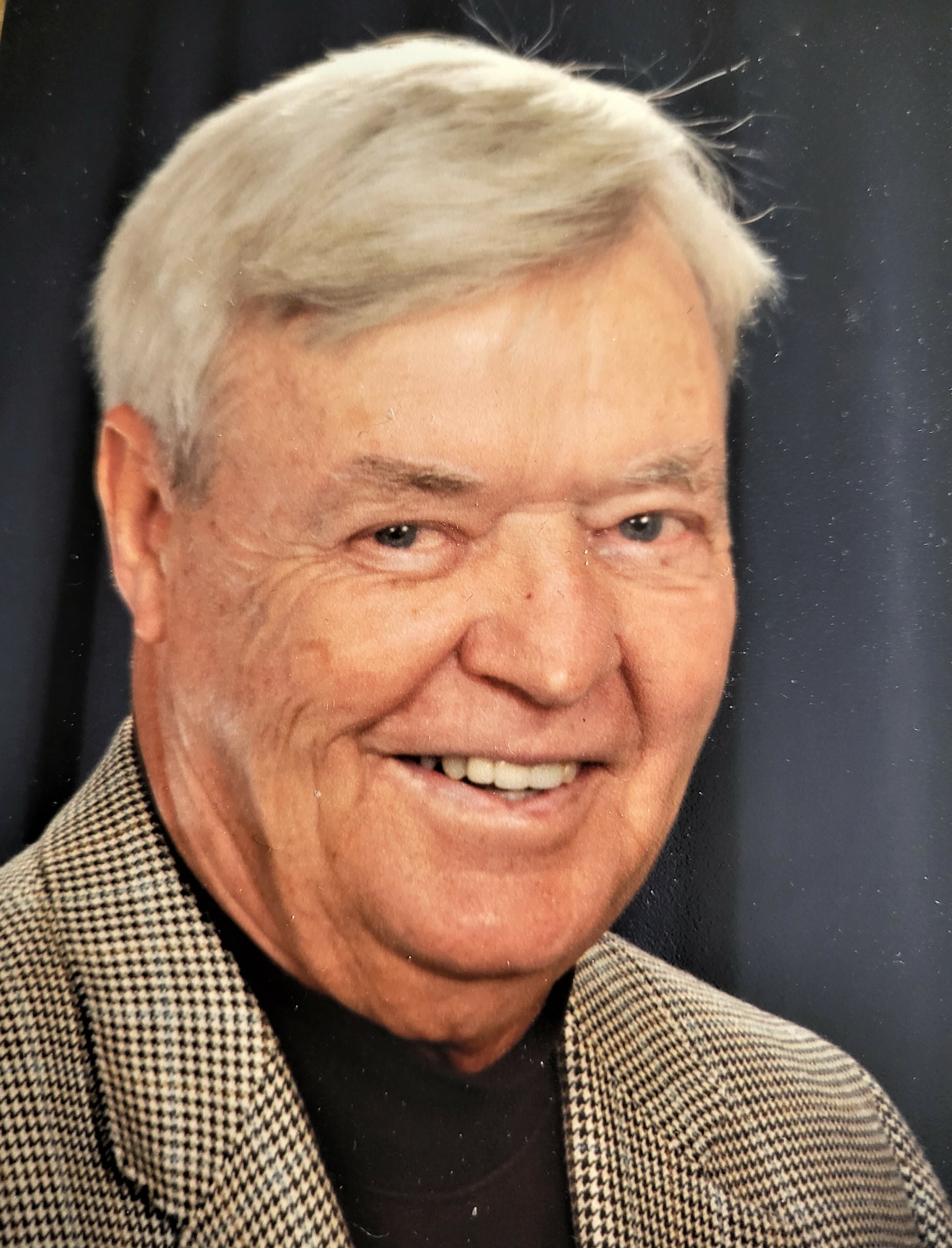 Jim was born in Corpus Christi, TX on November 16, 1933, to Truman and Blythe Jones McCord. He was technically the middle of three boys, younger to Truman Jr and older than his twin brother, Jerry. He graduated from W.B. Ray High School in 1952, where he excelled in basketball and was voted most popular in his class during both his junior and senior years.

He then went on to play freshman basketball for Texas Christian University. He graduated from TCU in 1956 after four years of ROTC and was commissioned as a Second Lieutenant in the United States Air Force. He became a special agent in the Office of Special Investigations and was sent to Boling Air Force Base in Washington, D.C. It was there he met his wife, Lu. They lived in Misawa, Japan for two years, where their oldest son was born on base.

Upon honorable discharge from the Air Force, he worked in the family business, Del Mar Bookstore, back in Corpus Christi. In 1961, the McCord family moved to Shreveport, LA which began his Sears, Roebuck, and Co. employment as a Security Agent. It was there they welcomed their second and third sons. After two years, he moved into the retail space of the company. With many promotions came many moves, including Kansas, Missouri, New Mexico, and Texas, where he then retired after 32 years of excellence with Sears.

Throughout his life, he was active in many community organizations, including the Chamber of Commerce, United Way, Junior Achievement, Salvation Army, South Austin Hospital Board, Rotary Club, Boy Scouts, and Crime Stoppers. In addition to all of this, he coached many sports teams for his three sons, which was special and meaningful to the whole family. He also served as the Senior Warden at All Saint’s Episcopal Church in Wichita Falls, a marker of his constant faith in Jesus Christ.

After retirement, he and Lu moved to Trophy Club, TX, and then onto Fort Worth, continuing his strong ties to TCU. He had the joy of chairing his 45th and 50th reunions for his horned frog graduating class. He loved and passionately supported all the athletics of TCU.

His two great passions were his family and golf, and the two often overlapped as the McCords spent much quality time on the course. Many memories were built at the condo in Horseshoe Bay, overlooking the 16th hole of Applerock and practicing their short games.

He is survived by his wife Lu of 64 years; sons Mike and wife Karen, Greg and wife Saundra, and Andy and wife Julie; grandchildren Linley, Tanner, Leslie, Mac, Luke, Kyle, and Scott; and great-granddaughter Jesse; twin brother Jerry and wife Vera. He is preceded in death by his older brother Truman Jr and wife Carolyn, and parents, Truman and Blythe.

Memorial donations may be made to TCU Women’s Golf program in memory of Jim McCord, please address to TCU Frog Club, TCU Box 297140, Fort Worth, TX 76129 or Trinity Episcopal Church of Fort Worth, or a charity you feel would honor Jim.

Memorial service will be held at Trinity Episcopal Church, 3401 Belaire Dr, Fort Worth, TX on Saturday, August 27 at 10:00 am.