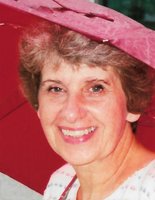 Carol L. Lowry, took the Lord’s hand and went home on Tuesday, July 6, 2021, in North Richland Hills, Texas, at the age of 86, due to complications from a protracted battle with dementia. Carol’s walk with the Lord began in Philadelphia, Pennsylvania, where she was born the eldest child of Alfred Earl and Helen Catherine (nee Reid) Lenning. She was an exemplary big sister to Virginia (Ginny), who remained Carol’s closest friend until Ginny’s death, and to Allen, her “baby brother,” whom she believed still walks on water. Her roots at Alpha Baptist led her to her first husband, Edward R. De Witt, but sadly, she was widowed just 18 months after they exchanged vows. She later married Loren R. Lowry, with whom she had her two daughters, Gail and Morgan, raising them across the United States and in multiple foreign countries. While her lifetime career in clerical work spanned banking, engineering, and education, one could say that her true calling was as a servant to the Lord, which she demonstrated as a daughter, sister, wife, mother, friend and volunteer. Carol was generous and tireless in her support of, and faithfulness and loyalty to everyone in her life, all the time. She was her two daughters’ greatest steadfast support, was a long-time friend to many and had one pen pal for over 70 years. She was a volunteer her whole life, from USO in her youth, to being a Smile Mom in her kid’s classroom, and a longtime member and officer of the Bensalem Lioness Club. After retirement, she continued her service in the local school district SAGE program for Kindergarten classes, was active in Playmasters both behind the scenes and behind the candy and ticket counters, and volunteered her professional clerical skills in the church office. She helped prepare meals for the local Aid for Friends program and spent many evenings serving at the homeless shelter. Carol survived two cancer diagnoses, including treatment with and sequelae of surgery and radiation, to go on to participate in fundraisers for those cancer foundations. Through 14 moves in 12 years to unfamiliar states and foreign lands (all the while with kids in tow) Carol prioritized finding English-language congregations in order to keep her girls immersed in The Word, demonstrating for them the sustaining and enduring value of our faith. She was preceded in death by her father Al, her mother Helen, her sister Ginny, and her first husband Eddie. She is survived by her daughters, Gail and Morgan, her brother Allen, and numerous nieces, nephews, and cousins. A memorial service will be held at 2:00pm on Sunday, August 22, 2021 at the Bensalem United Methodist Church historic chapel located at 4300 Hulmeville Rd, Bensalem, PA, 19020. Dinner will follow the service. The family would love to hear your memories and anecdotes of Carol that will be shared at the service – please send your submissions to rememberingCarolLowry@gmail.com In lieu of flowers, please consider a donation to Carol’s favorite charity, Leader Dogs for the Blind, at https://www.leaderdog.org/ways-to-give/giving-options/donate-in-honor-or-memory/