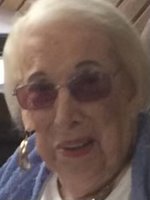 Jane C. Rushford (“Jane”) began her life on April 8th, 1929, in Paducah, KY. From there, her family moved to Durant, OK where Jane earned a degree from Southeastern State College in 1951. Jane then joined her brother, Newcomb Rice, in Borger, TX where she worked in his Arthur Murray dance school. She also found employment with Phillips 66’s HR department. As an employee in their HR department, she had access to the Borger employees’ personnel files. In these files, is where she found her future husband’s profile – Wilson Rushford: Blue eyes, 6’2”, dark haired and a chemical engineer! They were married on June 28th, 1952. Nearly three years later, on March 24th, 1955, they set sail from NYC to Southampton, UK. Two years later their first child, Wilson Rushford Jr., was born in Bristol, UK. Their second child, Sarah Rushford, was born two years later in Paris, France. During their 33-year marriage, they travelled extensively and lived most of their married life outside the USA. While living in France, UK, Brazil, Norway and finally in Nigeria, they embraced all the cultures and developed the love of good food. As a married couple, they enjoyed entertaining their friends and became avid bridge players as well as culinary and wine experts. While living in Nigeria, Jane’s husband fell ill. Wilson Rushford was transported to the UK and passed away on July 5th, 1985, in London, UK. Shortly after, Jane moved to Fort Worth, TX. Jane took her bridge game to the USA and competed in contract bridge tournaments. She would eventually win enough points to become a Life Master. Through playing bridge, Jane made vast friends and enjoyed spending time with them, whether it was at the bridge table or having a savory lunch. During her time in Fort Worth, she was blessed with the birth of her granddaughter, Katie. Being her only granddaughter, they had a special relationship. Later in life, Jane was fortunate to be a part of her great grandchildren lives, Cadence and August. Jane enjoyed life and loved being with her family. As an avid bridge player, she always wanted to play Omar Sharif, once ranked among the world’s top 50 contract bridge players, but worried looking into his eyes would be too hypnotizing and affect her game. Jane’s life journey ended on May 30th, 2021, in Fort Worth, TX. Maybe she, her husband, Omar Sharif and other angels are together now playing a few hands of contract bridge. A private, family only graveside service will be held in her honor. Celebration of Life will be held at Joe T. Garcia’s on June 28 at 6 pm. Please let Sarah Sewell know if you plan to attend, sjswhr@hotmail.com or 817-891-2247.