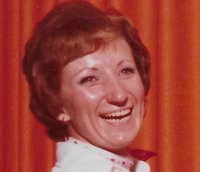 Patricia Ann Schultz passed away on Sunday, May 30, 2021, in Fort Worth, Texas. Patricia was born on July 26, 1941, in Detroit, Michigan to Mike Gole and Francis (Wroblewski) Smith. Patricia later moved to Milford, Michigan where she resided for nine years and finally settled in White Lake, Michigan where she lived for most of her later years. She was an amazing Mom, sister, friend and will be dearly missed by all who knew her. She was one of 5 children, she had three sisters, Shirley Baker, Dorothy, and Theresa and one brother, Harold C. Smith. Patricia had seven children of her own who she adored, Robert Vincent Schultz, Debra Cynthia (Schultz) Sinatra, Nancy Pauline (Schultz) Bartel, Victoria Ann (Schultz) Smith, Gary Michael Schultz, Tina Nicole Schultz, and Jasson Nicholas Schultz; as well as nine grandchildren. She is preceded in death by her parents, Mike Gole and Francis Smith, and two sisters, Dorothy and Theresa, as well as two of her grandchildren Nicholas and Christopher. A memorial service will be held near her home as soon as all arrangements are made. It will be listed here as soon as details are finalized.