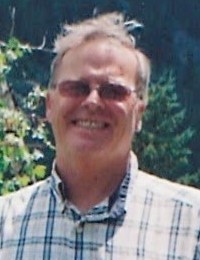 Phillip Furman Sprague – Born January 2nd, 1948 to Alice Virginia and Allen Leonard Sprague, was the middle of 11 children. Born in Henderson New York he later moved with his family to Davenport Iowa. He attended Davenport Central High School where he Graduated. He went to Technical school and then moved on to be a E-5 in the US Army Signal Corps where he was stationed in Turkey during the Vietnam War relaying Communications from Germany to Vietnam. Phillip married Linda Jean Zimmerman August 5th, 1972 in Julesburg Colorado. While living in Chandler Arizona they gave birth to Wendee Ann Sprague on Aug 29th, 1973, they shortly after moved to Greeley Colorado where they gave birth to Russ Allen Sprague on Feb 15th, 1976. Then in 1984 they moved to Loveland Colorado where they gave birth to their last child Brian James Sprague on July 15th of that year. Phillip owned his own company for many years as a welder and a millwright building Feed and Grain mills all around the country. He built an entire facility in Farmington NM, so that the Navajo people could clean their own crops and increase their profit, to other smaller projects which made him highly sought after in his profession. In 1993 Phillip closed his business and became the head of mill maintenance for Hergert Milling in Scottsbluff Nebraska. Phillip stayed with Hergert Milling for 15 years before driving truck for a short period of time before ultimately retiring. In Retirement he and Linda enjoyed traveling the country to see their family especially Grand and Great-Grandchildren. Phillip is Survived by his Wife Linda, their children Wendee, Russ (his wife Karisa), and Brian (his wife April). Their Grandchildren Josie (and her Fiancé Cory), Sarah, Jonah, Delaney, Porter, Shawn, Andrew, Alexis & Leeland. And his two Great Grandchildren Mila and Kyron as well as many Cousins, Nieces and Nephews and his Brother Loyal Sprague, and Sisters Kathy Smith, Eunice Cunningham, and Myra Cargill. Phillip is preceded in death by his Parents, his Brothers Allen, Aubrey, Curtis, Virgil, and Timothy, and his Sister Nancy, as well as his Son in Law Brian Latour as well as many cousins and nieces and nephews.