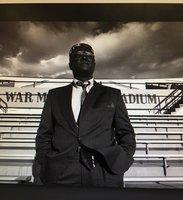 Dr. Willie S Black was born in Monroe, Louisiana to Willie Black and Mary Robinson (Black) December 5th 1933. We were grateful to have him with us until December 31, 2020. During his early years he lived in Monroe and was raised by his grandmother until he became a teen-ager. He was then sent to Detroit where he lived a year or two with his mother. He would later move to Chicago, Illinois to live with his father during his high school years. He would attend Wendell Phillips and Englewood high schools located on the South Side of Chicago. He would eventually graduate from Englewood high; later he would eventually go back to Englewood as a teacher (mathematics). During the latter part of his high school years, he would meet and marry the love of his life Estella M Ketchum. They were considered soul mates by all that knew and encountered them. They married in 1956. He is survived by his wife of 64 years, children William, Jean, Maria, Anthony, Grandchildren and Great Grandchildren. He and Mrs. Black spent most of his latter years in Crete, Illinois located south of Chicago. Dr. Black had at least 2 distinct passions that guided him through life (Education and Music). He had a passion for education. He felt that “knowledge was power”. He taught at Grambling State University and was impressed by all of the Black PHDs that he encountered. It sort of served as a motivator for his educational pursuit. He continued his educational quest until he obtained his PHD in Mathematics from the University of Wyoming. He would leave Wyoming after graduation and teach at Savannah State university, Olive-Harvey university and DePaul university. He loved teaching; it was a way of sharing knowledge. He had a passion for music, but jazz in particular. He absolutely loved jazz concerts (seeing the artist live) up close and personal. He traveled to various other countries to attend jazz festivals. His favorite artists were Miles Davis and John Coltrane. He would soon become a jazz critic for a local newspaper in Crete, Illinois. By all measures, he was a lover of life. He enjoyed reading, exercise, eating good food, listening to public radio, talking with his friends and teaching. The past two years were spent in Dallas near their children, Grandchildren and Great Grandchildren. We are grateful to have shared this earth with him.