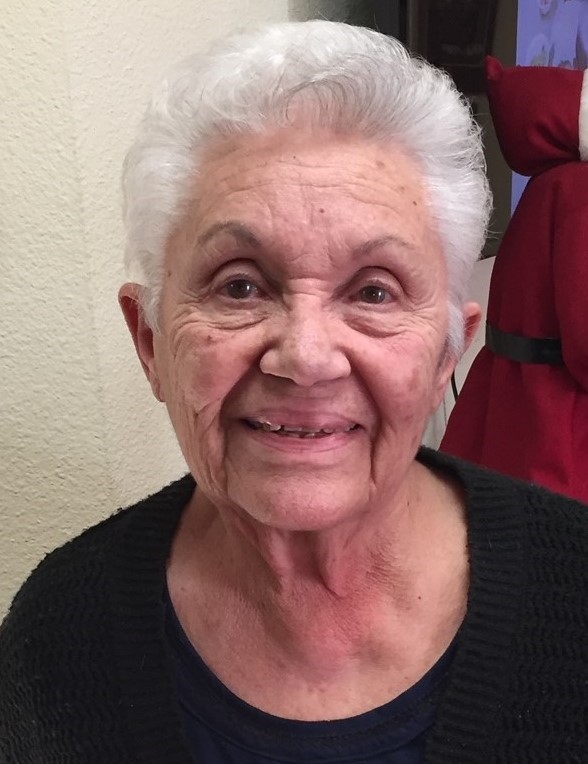 Brunilda Molinary, 87, of Grand Prairie, TX passed away peacefully on December 27, 2020 in Hurst, TX. A Requiem mass will be held in the near future. “Ms. B,” as she was called, was the youngest of 7 children born in the small farming community of Moca, Puerto Rico on August 23, 1933 to Julio Acevedo and Josefa Vera. She often spoke fondly of growing up on the farm living a simple life without electricity using kerosine lamps for light. She also remembered sitting on the front porch listening to one of her uncles play the guitar on moonlit nights with her siblings. After that it was snack time and then off to bed at 8:00 p.m. She remembers that the adults got up at 5:00 a.m. The men would go work the land and the women would go feed the chickens, pigs, baby calves and any other livestock that may be on the farm at any given time. When she was around 12, her older brother Julien took her to live in the city of Aguadilla so that she could attend better schools. She would return to the family farm on long weekends and summer vacations. She graduated from high school there in 1951 and entered the University of P.R. In 1954 she graduated from the “Normal School of Education” as a Certified Elementary School Teacher. She was an elementary school teacher from 1954 – 1958 in the city of Mayaguez. Also, during those years, she married and had two children that survive her today. Jose (Joe) who lives in Grand Prairie, TX and Robert (Bob) who lives in Richwoods, MO. Brunilda moved to New York in 1958 and then to Chicago in 1960. By then she was a single mother trying to support two boys and herself in an era with very different challenges. She often spoke of the saving grace provided by her sister Lydia and her family. She wrote in a short memoir found among her things “It was not easy to raise my children. My sister Lydia and her family gave us so much support, baby sat for the children when they got home from school. Without my sister’s family I never would have been able to make it!” Brunilda worked in a variety of jobs in the 60’s and early 70’s while also attending classes at Roosevelt University after work. Her goal was to complete the requirements for a teaching certificate in the Chicago school system. As she once put it “every time an opportunity came for better pay, I went.” After working in everything from retail, to general office work at an insurance company, Ms. B found her way into work as a bilingual case worker with several social services organizations. Between 1965 and 1974 Ms. B worked for The Chicago Committee on Urban Opportunity, Catholic Charities, and The Chicago Federation of Settlement. Finally, in 1974 she received her B.A. in General Studies from Roosevelt University. Brunilda then began her 18-year career with the State of Illinois Department of Public Aid. In 1977 She became a Registered Certified Social Worker and began her role as a Public Aid Supervisor. She retired from there in 1993. Soon thereafter Brunilda returned to the home she had built in Moca, Puerto Rico. Her older brother Lan and her older sister Celia were by now aging to the point of needing someone around to help them with their everyday life needs. She stayed in P.R. well beyond her siblings passing and moved back to the U.S. in 2006 to live out her remaining years in close proximity to family. Brunilda was preceded in passing by her parents Julio Acevedo and Josefa Acevedo Vera, her brothers Julien and Eveardo (Lan) who was a surviving twin brother, her sisters, Bunaventura (Betty), Lydia (Genaro Acevedo - Lydia’s husband & Hector Lydia’s son) Celia, and her daughter in-law Buakeo Kumdowsan Molinary (Na - Robert’s first wife). Brunilda is survived by her son Jose (Joe) and his wife Judith (Judy), Robert (Bob) and his wife Peggy, Joe’s daughter and Brunilda’s granddaughter Monica Lee and her husband Kevin along with their daughter and Brunilda’s great granddaughter Serena Caroline Bonner. She is also survived by the children of her siblings Carmen Gomez, Doris Goitia, and Edgar Martinez along with their immediate families. Ms. B is also survived by her extended step-grandchildren Ivy, Sean and Leigha and their families. In lieu of flowers or donations to honor Brunilda’s memory, please post a memory on her tribute wall or just do something nice for someone. The Lord has you now. Be it known that you were loved. May you rest in peace! A Requiem mass will be held at: St. Timothy's Anglican Church 4201 Mitchell Blvd. Fort Worth TX 76119 2:00 p.m. on Friday January 22, 2021.