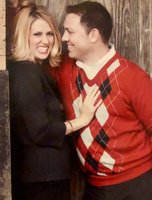 Benjamin “Ben” Hiter Arbour May 14, 1981 – November 6, 2020 Ben was killed along with his beautiful and loving wife, Meg, in a senseless and tragic car crash on November 6, 2020, while returning home from their traditional Thursday evening “date night”. Ben was born on May 14, 1981 in Baton Rouge, Louisiana. Ben and Meg were married on July 26, 2003 in Boerne, Texas. Ben excelled at everything he did: being a loving husband to Meg and father to his four children, living and witnessing to others his strong Christian faith and his exceptional knowledge thereof, opening his home and himself to his and his family’s many friends as well as to strangers in need of counseling, guidance or a safe place to stay, passionately pursuing his academic endeavors, working at his job consistently and tirelessly to deliver outstanding results and provide for his family, all while displaying a true love of life, true happiness and a wonderful sense of humor. Ben is an Eagle Scout and holds a degree in Political Science from Texas A&M University, where he was a member of the Corps of Cadets Company E-1 as well as Rudder’s Rangers, the Ross Volunteers, the Corps Chaplains and IGNITE Student Ministries. After college, Ben and Meg completed missionary training with Heart of God Ministries, served for six months as missionaries among an unreached people group in East Asia and remained passionate about mission and the unreached thereafter. Ben holds a Master of Divinity and Master of Theology from Southwestern Baptist Theological Seminary and a PhD in Philosophical Theology from the University of Bristol, England. He has authored numerous books and academic articles and has spoken at numerous academic conferences. Ben is survived by his and Meg’s four children, Wesley Coal Arbour (16), Abigail Annelise Arbour (14), Micah Taylor Arbour (11) and Noah Christopher Arbour (10). He is also survived by his parents, James Gerard Arbour and Candyce Hiter Arbour, his brother, James Andrew Arbour, his grandparents, Gilbert Wayne Hiter and Joann Tyson Hiter, and numerous aunts, uncles and cousins. He is also survived by members of Meg’s family: Andy Anderson and Elizabeth Anderson, her parents; Andrew Anderson, her brother, and Summer, his wife, and Reese, Nixon and Ty, their children. He was preceded in death by his grandparents, Sidney Vincent Arbour, Jr. and Ann Wilbert Arbour and by Alice and Bobby Anderson, Meg’s grandparents. Services will be held at Wedgwood Baptist Church with visitation on Monday, November 9, 2020 from 6:00 PM until 8:00 PM and funeral services on Tuesday, November 10, 2020 at 10:00 AM. Burial will be at the Aurora Cemetery in Aurora, Texas. In lieu of flowers, donations may be made to Wedgwood Baptist Church, 5522 Whitman Avenue, Ft. Worth, Texas 76133 or to the Arbour Benevolence Fund established for the benefit of Ben and Meg’s children at Wedgwood Baptist Church. https://wedgwoodbc.or