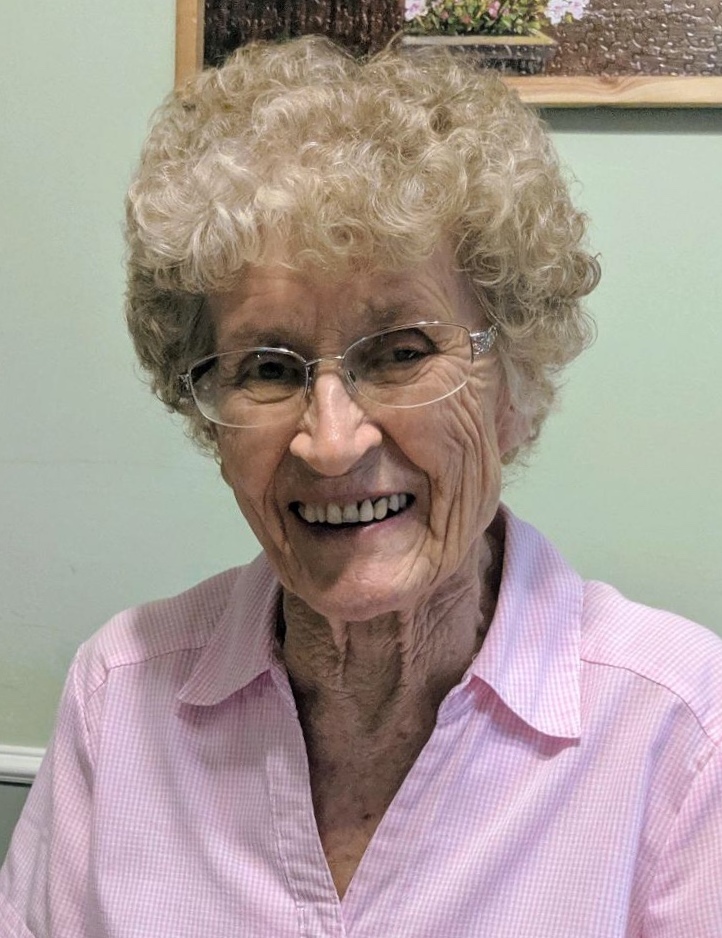 Mary Catherine Cowen Ballog was born on September 4, 1931, in Shadyside, Ohio, to Mary Gay Chapin and Chester M. Cowen. Joining brother, Frank Cowen, and sister, Nancy Cowen. While in school and growing up she was known as a tomboy as she was more comfortable playing basketball with the boys. She graduated from Shadyside High School in 1949 serving as salutatorian of her senior class. She attended West Liberty College in West Liberty, Ohio. During this time her parents moved to Flushing, Ohio, as Chester took on the position of bank manager for the Flushing Savings and Loan. It was during this time that she started dating the love of her life Ronald M. Ballog. Their first date involved cutting down a Christmas tree. Ronald knew then that he would marry her, but Mary always a skeptic took her time. They had a love story that filled many letters as Ron who was a Marine was shipped off to all parts of the world before deployment in Korea during 1951 – 1952. They married on February 26, 1955, and drove to Fort Lejeune, North Carolina to continue serving in the Marines. Ron received his discharge papers and they moved back to Flushing, Ohio to raise three children – Nancy Alma, Timothy A. and Ronald William. The family moved to Stow, Ohio, in 1970. Their lives were spent there until 1987 when they moved to Scottsdale, Arizona to be with their daughter, Nancy and her two daughters. They remained in Arizona until 1997 when they moved to Keller, Texas. They followed their ever-growing family. Mary was an active member of First Baptist Church of Keller. Throughout her life, Mary sang in the choir and played the organ and piano for different services. She made friends along the way and was loyal to her friends. Her generosity was contagious, and her spirit was strong. She valued her conservative roots and enjoyed debating those who had a different outlook on life. Always respectful – her debates were more along the lines of trying to get different thoughts about subjects she held dear. She thrived on her family and doing things for others. She visited many in nursing homes and delivered valentine candy to friends and family. Her habit of choice was walking. She was always active walking two hours out of every day, only to be limited when she developed sciatica. She also enjoyed a love of college football and the Texas Rangers. She could hold her own actively in any discussion involving team members and their stats. Mary leaves behind a big family which includes seven grandchildren, one great grandchild with two great grands on the way. Her life touched many as her strong spirit included her deep devotion to the Lord. Her faith brought her children and husband to church and faith of their own. She was and continues to be a good and faithful daughter and servant to the most High. Services will be held on Saturday, July 25, 2020, at 10 AM at the First Baptist Church of Keller. In lieu of flowers, please donate to Mary’s favorite charity, Samaritan’s Purse.