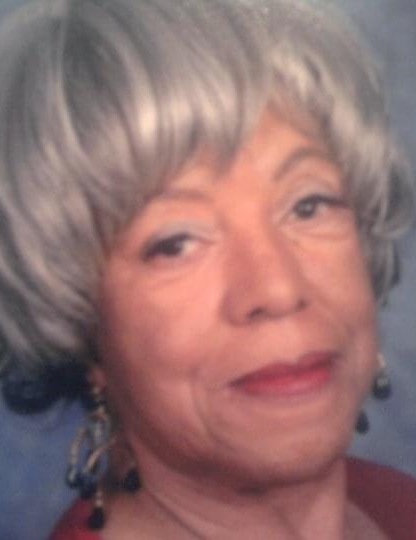 Lila Louise Day, 80, passed away Wednesday, July 15, 2020. Funeral: 11 a.m. Monday, July 20 at Samaria Baptist Church, 4000 E. Berry St., Fort Worth, TX 76105 Visitation: 3 to 5 p.m. Sunday at Martin Thompson & Son Funeral Home Lila Louise Day was the youngest of three born to Samuel Taylor Stewart and Maude Esther McGill, November 7, 1939. Lila attended Kirkpatrick and I.M. Terrell High School, where she graduated with the class of 1956. She also attended Prairie View A&M College. Lila married her best friend John Leslie Day in December of 1957 and they stayed married until his death in March 1998. They had two children Gerald and Vandra Day. Lila accepted Jesus Christ at a young age and began working for the Lord at Shiloh Missionary Baptist Church, under the leadership of the late Pastor Albert Chew she was an usher for many years there. Lila later moved her membership Beth Eden Baptist Church under the leadership of Pastor B R Daniels because it was closer to her home. She sung in the choir and she helped open a credit union for the members where she volunteered on Sunday mornings and Wednesday evenings for many years. Lila was a member of Fellowship Baptist Church under the late Pastor Montgomery. Later she followed her daughter and grandchildren and became a member of Grace Tabernacle Baptist Church, where her daughter and grandchildren attended, under the leadership of Pastor Roy E. Brackins. When she became sick she didn’t attend church often, but her heart was there. Lila started a career with the Lila started her journey in the U S Postal Service as a distribution clerk at the Fort Worth plant’s Processing and Distribution Center. She worked in all areas of the plant’s processing of the mail ( Air Mail, box line, machine operator, etc.) Lila has the distinct honor of being the Fort Worth Postal Service’s first Black female supervisor, the first Black female Station Manager of Customer Service, the first Black female Area Manager, and first Black lady Postmaster in the White Settlement Area. She received many awards for her work on numerous projects that she had the lead position. She shared her knowledge and talents with numerous supervisors, helping them with their tasks, achieve promotions and awards. Lila was feared by some, but was respected and loved by all in the Fort Worth Postal Service. She managed several post offices in Fort Worth including the Everman Post Office. Before retiring in 1992 she zoned and helped open and Managed Trinity River Post Office. Lila was a social butterfly and enjoyed life to the fullest. She was in a bowling league where she won many trophies, she was in a social club Sigma Chi Epsilon where she attended several dances and balls, she played cards at friends houses as well as at hers, she traveled with her family and with the I M Terrell class of ‘56. Lila became active in the community volunteering after retiring with AARP Chapter 4508 where she served a term as treasurer. She helped with voters registration, meals on wheels, signing clients up for WIC, and also worked with FWISD Teddy Van for children to get health screenings and shots. Lila was very active in her children’s lives, she was the Brownies and Girls Scout leader for Vandra and so many other young girls where she took them to camps, orchestra concerts, and other outings. She loved to travel, play cards, go the casino and spend time with family especially her grand babies. Where she went, Ashley and Deandre was near by. Lila was preceded in death by both her husband, parents, and all her siblings. Lila has left to cherish memories of her life are: Her son, Gerald Day (Kathy); daughter, Vandra Noel (Michael); grandchildren; Ashley and Deandre Adams; bonus grandson, Phillip Richardson; great grandson, Aston Tucker; bonus great grands, Kaleb and Sevyn; brother in law, Al Twine; niece; Shirlon (Matthew); nephew, Samuel Stewart III (Chandavy); Sweet caretaker, Shirley Bryant Williams, special friend, Mr. Willie Freeman Gaffney "Mr. FonFon". Lila had the best nurses that loved her dearly, Mrs. Monique Boatner and Mrs. Trey Dawn, and Yuh Asah; and a host of other family and dear friends.