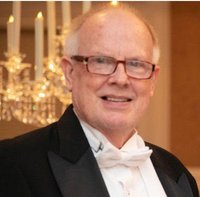 Our beloved, sweet brother Robert Louis Koenig, Jr. “Bobby”, 73, passed away peacefully on January 30th, 2020 after a brief battle with cancer. Bobby was born in Dallas, TX. on March 19, 1946. He loved his childhood years growing up in Panama, while his father was stationed in the Army in Coco Solo, Panama. Bobby attended The Magnolia School in Jefferson, Louisiana and The Marbridge Ranch in Austin, Texas. His later years were spent with his sister Susan and family in Weatherford, Texas. He was preceded in death by his mother, Adele Pierce Jordan; his father, Robert Louis Koenig, Sr.; and stepmother, Ann Johnson Koenig McPhail. He is survived by his sisters, Kathleen Blair Koenig, Karen Koenig Taylor (Johnny), Laura Koenig Young (Michael), Susan Koenig Thomas (Mark), and Jeanine Jordan Hendrickson; his brother, Roger William Jordan, Jr. (Lisa). He is also survived by his stepfather, Albert David McPhail; and numerous nieces, nephews, great-nieces and great-nephews. The family requests that those wishing to make a donation, please choose your favorite animal rescue or charity, as Bobby was a huge animal lover and had a passion for watching the TV show, Pitbulls and Parolees, which is the Villalobos Rescue in New Orleans, Louisiana.