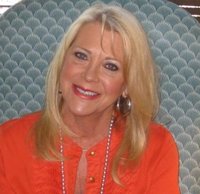 Jeanie Kay Swanson, 67, of Fort Worth, Texas, was called home on October 30, 2019 while resting at her residence.

All who knew Kay are welcome to join in her Celebration of Life with family and friends from 3pm to 5pm on Saturday November 16, 2019 at the Sunset Grille located at Mira Vista Country Club, 6600 Mira Vista Blvd, Fort Worth, TX. In lieu of flowers we ask that you make a donation to the Cook Children’s Health Foundation at giving.cookchildrens.org

Kay was born October 6, 1952, in Eastland. She was the second of 3 children born to W. H. “Bill” Hoffmann Sr and Dorothy A. Hoffmann. Kay was raised in Eastland, where she graduated from Eastland High School. She attended Texas Tech University in Lubbock until her senior year, where she graduated from Midwestern State University (MSU) in Wichita Falls, with a degree in Elementary Education in 1975. In addition to school she was an active member of Zeta Tau Alpha Sorority. She married the love of her life, Johnny A. Swanson in July of 1974 during her senior year at MSU. They made their first home in Wichita Falls where she was a devoted house wife and mother of two children, Ryan and Matt. During their 45 years of marriage, her adventurous spirit and infectious personality resonated through many loving and valued friends, in the multiple countries and states of residence in the years after marriage. Kay enjoyed socializing with her friends everywhere she went but specifically in her “special place” at the Mira Vista Country Club.

Kay is preceded in death by her parents; father-in-law, John D. Swanson of Wichita Falls and brother-in-law Jerry Swanson of Electra.

The family of Kay would like to thank all the dedicated Medical Professionals involved, during her 8 year fight with cancer.